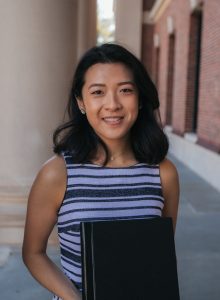 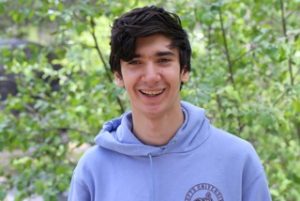 Bio: Diana Wang is in the Class of 2020 at Harvard College concentrating in Neurobiology with a track in Mind-Brain-Behavior. She works with Dr. Psyche Loui as a research assistant at Northeastern University’s MIND lab, where she conducted her thesis research on the resting-state connectivity of auditory and reward systems in Alzheimer’s disease and mild cognitive impairment. She is fascinated about how music affects neurodevelopment and plasticity, with a focus in emotional processing and social awareness. More generally, Diana is passionate in how all things art influences both social behavior and acts as a powerful therapy and healing source. Music has always been a large and essential part of her life, and she wishes to extrapolate her research to the world of professional orchestras in the United States. The important presence and force of professional orchestras in their respective communities drives her to pursue innovation in arts management, bring out the full potential and healing power of these organizations to the people around them. This is why after graduation in May, Diana plans on taking a few gap years working with the Advisory Board for the Arts in Washington D.C. and pursuing violin performance opportunities.
In the past Diana has worked in a mix of other functional MRI projects, including measuring anatomical differences in young musicians in the Suzuki School of Music with the Sakai Lab at the University of Tokyo, as well as the arts industry where she was an Eric Mindich Public Service Fellow with the New York Philharmonic. Outside of her academics, she is an active violinist in the Harvard Radcliffe Orchestra and the Brattle Street Chamber Players. She has previously performed with the Parker Quartet, Yo-Yo Ma’s Silk Road Ensemble, George Li, Andre Watts, Stella Chen, and New York Philharmonic principal bassist Timothy Cobb.

Roger Burtonpatel is an undergraduate of the class of 2024 at Tufts University, where he plans to study Cognitive Science and Comparative Literature. He works with Dr. Psyche Loui as a research assistant at Northeastern University’s MIND lab, where his work involves the intersection of computer science and music. As a neuro-enthusiast and long-time percussionist, he is particularly interested in the evolutionary benefits of internalized rhythmic processing. Roger spent his last year abroad in Brazil through the Tufts 1+4 Program, where he worked as a volunteer librarian and played samba with a Carnaval group. 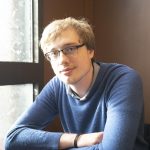 Bio: Alexander Belden is a graduate student and research assistant at Northeastern University, where he works in the music imaging and neural dynamics lab under Dr. Psyche Loui. He holds a bachelor’s degree in biopsychology from Tufts University, as well as a master’s degree in biology from Wesleyan University. His research focuses on resting state network dynamics relating to musical experience and musicianship. The work presented today stems from an ongoing project with collaborators Tima Zeng and Emily Przysinda comparing the effect of different musical training paradigms on the brain.